My Dear Congressman Hanna: On Wednesday, December 5, 1973, testimony was given before the Subcommittee on International Cooperation in Science and Space of the House Science & Astronautics Committee by Mr. Benjamin Schemmer, Editor, Armed Forces Journal International. This testimony included the statement that Control Data Corporation had advanced the status of Soviet Computer technology by fifteen years with the sale of a Control Data 6200 computer.

Such a statement regarding transfer of technology to the USSR is simply not factual and we are prepared to correct that misstatement as well as other incorrect and misleading references to Control Data's activities with the USSR at the pleasure of your Committee. Meanwhile we respectfully request the consideration of the following.

We have offered to the Socialist countries only standard commercial computers, and these offerings have been in full compliance with the export control and administrative directives of the Department of Commerce.

The statement regarding a proposed sale of the CYBER computer is thoroughly confused. CYBER is a generic name denoting a line of computers. The least powerful model is the Control Data 6200 which is installed at the Dubna Nuclear Research facility near Moscow. Another is the CYBER 76 which is the most powerful and appears to be the model Mr. Schemmer is referencing. At the appropriate time we will seek advisory opinions and submit to the government export license requests for approval for applications in such areas as weather forecasting, simulation in the Worldwide Weather Watch Program, in econometric modeling and in education. Competition from West Europe and Japan will be expected to address these applications with the same kind of technologies that we offer.

Many persons, including some of the witnesses before your Committee, mistake the offering for sale of old or even current state of the art hardware for transfer of advanced technology. This is not unusual because in many cases it is difficult for those who are not technically well-informed to distingush advanced computer technology. Attempting to treat such a broad and complex subject in an informative and accurate manner in a brief statement results in inaccurate, unsubstantiated and misinterpreted inferences and conclusions. For example, it is possible that a computer with a slower arithmetic/logic unit and a very large memory may represent more "advanced" technology when measured by the size of the problem to be solved than a faster machine with less memory. Also, many minicomputers contain circuit technology more advanced than that of more powerful computers. For this reason it is not possible to properly respond to Mr. Schemmer's remarks in a short letter, however the following are examples of those which need to be carefully examined before conclusions are reached.

All countries including the Socialists have a substantial base of computer hardware technology on which to build further advances in the state of the art. The major strength of the U.S. in computer technology is its ability to market superior cost/performance computer systems for a wide range of applications. This does not mean that for any given application or group of applications, another country cannot build the equivalent as far as performance is concerned or even exceed what the United States has available. Also, there is no evidence to my knowledge that the USSR has ever been prevented from carrying out a military project because of the lack of adequate computer technology.

Further advances in hardware are less significant than are software advances for applying computers. We believe that the United States stands to gain significantly from transfer of Soviet knowledge in the basic sciences. The USSR has many more scientists and engineers than do we, and the better ones in Russia have concentrated on the theoretical fields, such as physics, chemistry and mathematics -- the latter discipline being of particular value in the design of logic and software in the computer field.

We respectfully request that your Committee review the above points and consider incorporating them into the record. We would be pleased to have the privilege of appearing before your Committee to give you our more detailed views on these potential relationships with the Socialist countries and in stating our reasons in support of Administration and Congressional trade initatives and objectives.

Sincerely yours,
William C. Norris,
Chairman of the Board 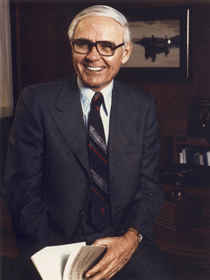 English version of Agreement between State
Committee of the Council of Ministers of the USSR
for Science and Technology and Control Data
Corporation (signed by Robert D. Schmidt),
dated 19 October 1973.


The State Committee of the Council of Ministers of the USSR for Science and Technology (GKNT) and Control Data Corporation (CDC), hereinafter called "Parties",

Considering that favourable conditions have been created for extensive development of a long-term scientific and industrial and economic cooperation;

Taking into account the mutual interest of both Parties in the development of such cooperation and recognizing the mutual advantage thereof; and

Have agreed as follows:

The subject of the present agreement has to do with a long-term program for a broad scientific and technical cooperation in the area computational technology, and specifically;

–To conduct joint development of a technically advanced computer;

–Joint development and organization of the production of computer peripheral equipment;

–Joint development of Analog to Digital Equipment for control systems of technological processes;

–Joint development of computer components, technical equipment for their production and the organization of production of these components.

–Creation of equipment and systems for data communication;

–Application (use) of computers in the fields of medicine, education, meteorological, physics, and etc.;

–Preparation (training) of specialists in the area of computer technology;

The scope of this Agreement may at any time be extended to include other fields of specific subjects of cooperation by agreement of the Parties.

This Agreement is not limiting either Party from entering into similar cooperation in the said fields with a third Party.

Scientific and technical cooperation between the Parties can be implemented in the following forms with specific arrangements being exclusively subject to mutual agreement between appropriate Soviet organizations and the firm of Control Data Corporation:

–Exchange of scientific and technical information, documentation and production samples;

–Exchange of delegations of specialists and trainees;

–Organization of lectures, symposia and demonstrations of the production samples;

–Mutual consultations for the purpose of discussing and analysing scientific and technical problems, technical principles, ideas and concepts in the appropriate area of cooperation;

–Exchange, acquisition or transfer of methods, processes, technical equipment, as well as of "know-how" and of licenses for the manufacture of products.

The Parties have established that financial, commercial, and legal questions related to advancement of credit and payments for the delivered products and technical equipment, assignation of licences and "know-how" as well as supplied services in performance of the various joint projects, relative to the present Agreement, shall be decided by separate agreements between appropriate competent Soviet organizations and the Control Data Corporation.

For the practical implementation of the present Agreement the Parties shall establish a Coordinating group, from authorized representatives (coordinators) which shall determine and recommend a proper course for the cooperation and also to control compliance with responsibilities assumed by the Parties, and to take the necessary action for the successful implementation of the objectives of the present Agreement. For the preparation of proposals for the concrete cooperative projects, there shall be established special groups of experts whose task it will be to determine technical and economic feasibility of the joint projects and to draw up action plans for their realization. The results of these working groups shall be turned over to the Coordinating group for their discussion and preparation of recommendations.

Recommendations and proposals of the Coordinating group will be presented in the form of protocols, which will be used as the basis for preparation of separate protocols or contracts.

Coordinating and working groups shall meet as frequently as is necessary to perform their functions alternativelly in the USSR and USA unless otherwise agreed.

Scientific and technical information furnished by one Party to the other under this agreement may be used freely for its own research, development and production, as well as the realization of finished products unless the Party supplying such information stipulates at the time of its transfer that the information may be used only on the basis of special agreement between Parties. This information can be transmitted to a third Party only with the approval of the Party which has furnished it.

Information received from a third Party which cannot be disposed of at will by one of the Contracting Parties is not subject to transmittal to the other Party unless mutually satisfactory arrangements can be made with the third Party for communication of such information.

It is contemplated in the foregoing that any organizations or enterprises of the USSR and any wholly owned or partially owned Control Data subsidiaries shall be not regarded as a third Party.

Expenses of travelling back and forth of specialists of both Parties under the programs related to this Agreement, as a rule will be defrayed as follows:

–The Party sending the specialists pays the round-trip fare.

–The host Party bears all costs connected with their stay while in its own country.

The duration of the above visits and the number of specialists in each group shall be mutually agreed to by the Parties in advance of the visits.

Organizational questions, arizing from implementation of this present Agreement shall be discussed and determined by the Parties in the course of working.

The present Agreement shall continue for a period of 10 (ten) years and shall enter into force immediately upon its signature. It can be extended with mutial agreement of the Parties.

Drawn up and signed the 19 October 1973, in the city of Moscow, USSR, in duplicate, one copy in Russian and one in English, both texts being equally authentic.